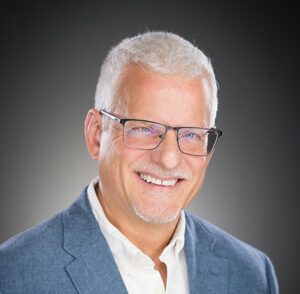 Today, failure or success of a construction company depends as much on financial management,
as it does field work. In the past, if you worked your butt off you were pretty much guaranteed
success. Now-a-days, you not only have to work harder, but you must work smarter to succeed.

One tool used in financial management of a construction company is a Work In Process report,
also known as a WIP report. The WIP report is often one of the least understood reports
produced by construction companies. Yet they are every bit as important as your company’s
fundamental financial reporting, and in fact may be even more important. Of course, the Profit &
Loss Statement shows your company’s sales and costs, and your Balance Sheet shows your
assets and liabilities, but your WIP report gets to the nitty gritty of how each project is doing. In
construction, this is where the rubber meets the road.

The basic idea of a WIP report is to evenly match up revenue with costs. It’s like taking a
financial snapshot of your project at a particular time. For example, if your total costs to date are
60% of your total estimated costs, you should have billed out 60% of the total estimated
contract. A common method of doing this is known as the percent complete method.

This can be important to a contractor when a project is front-end loaded with costs, yet billing for
those costs cannot be done until further on into the project. When this happens, at first glance,
the project can look like it’s losing money.

The percent complete method allows revenues to be reported based on what percentage actual
costs-to-date are of the total estimated costs. The outcome of this reporting will show a project as
either underbilled, or overbilled. In the example of front-end costs being incurred, a project like
this would be underbilled, meaning more costs have been incurred then billings.

A bonding company will look at the over/under billings to make sure it makes sense, or if
anything looks out of the ordinary. One example of this would be if estimated costs continue to
change, especially increase, on quarter to quarter WIP reports. This may indicate problems on a
project that have increased costs beyond the original estimated costs, or that the company never
really had a handle on what the original costs were. If costs continuously increase, you can be
sure that your bonding company will ask why. Remember, by issuing a performance bond, they
are guaranteeing completion of the project in the event your company can’t. So they have a
vested interest in the finances of not only the particular project they are bonding, but in the
company as a whole.

In my experience, I find that most sub-contractors are underbilled (more costs than billings), and
general contractors are usually overbilled (more billings than costs). Of course each of these
scenarios can have a dramatic effect on cash flow. Being underbilled puts a strain on your cash
since you may have to pay suppliers before you get paid or are even able to bill for those costs.

This is why having an adequate working line of credit is so important, especially for
subcontractors, but that’s another topic for another time.

Henley Executives was established to help contractors with the financial management of their
company, so the owner can focus on field work. Drawing on nearly 35 years of experience in the
heavy construction industry, Peter Henley – CEO of Henley Executives, LLC, is proficient in
some of the most popular construction accounting software systems, well-versed in the creation
of quarterly financial statements and accustomed to working directly with business owners, bank
loan officers, bonding companies and Certified Public Accountants

No comments to show.

Henley Executives, LLC opened back in 2006 and offers organizational services to our customers who come to us in need of an advisor, interim bookkeeper, trainer, strategic planning developer, and market analyzer who specializes in aiding those in the heavy construction-based industry. Call us today to hire our services.